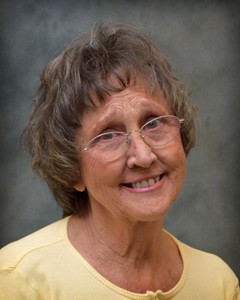 It’s always an interesting story how life brings people to homeopathy. Jackie Featherly, a young mother of five turned to natural medicine to help her son who suffered from a potentially life-threatening illness. She was recommended to a homeopath who she had to travel miles to see and be committed to studying homeopathic remedies for the acute conditions that her son would encounter between visits on his delicate road to recovery. This is her story.

Jacqueline Featherly is the daughter of a milkman, who grew up in a family of five children in small-town Michigan. She got married at 18 years old, and eventually had five children of her own.

Featherly started playing Dr. Mom when her fourth child was chronically ill. At the outset they didn’t know what his problem was; he had been on antibiotics since he was six months old for various health problems. All his baby shots were up to date for this little five-year-old. (Of course, hindsight is 20-20) The end result was a diagnosis of Hodgkin’s Disease. The treatment of the day was chemotherapy and radiation. The doctors recommended that they take him to Florida for some sunshine over the winter and start treatment when we returned. Little Leslie became sick in Florida while they were there, and the doctors were mortified at the ongoing prescription of penicillin. They scared mom, too. They left and was determined to look for other treatments. So, it was in Riverview, Florida, that Featherly began an educational program of learning that continues to this very day. It began in a health food store with cell salts which gave remarkable results almost overnight. Then she met a woman who told her about homeopathy. The woman graciously lent Featherly her kit and a book and told her very emphatically to “not touch the remedies!

With this kit in hand, Featherly began to observe symptoms and give him remedies accordingly and was amazed at his progress. She wanted to learn more about homeopathy. So her new friend gave her the number of the National Center for Homeopathy (NCH).

In their search for a different doctor when returning home led from Florida, led them to Marian Belle Rood MD, a medical doctor and homeopath. Dr. Rood, one of the great elders in American homeopathy, practiced in her rural hometown of Lapeer, Michigan, a three-hour drive from their home. Dr. Rood did not have a telephone or make appointments; patients simply showed up, waited for her to wake up and get ready while they had picnic lunches on her porch and leafed through her many books piled high in the living room, which subbed as an office.

That first visit was a corker! Dr. Rood came across as quite rude and staunch. She was in her late 70’s. She was quite a sight with a tooth missing, glasses taped together, hobbling with a stick, and hair that looked like it had not been combed in a while. Leslie was afraid of her at first.

Dr. Rood chastised Featherly severely for giving her son baby shots. She was rough with her and she broke into tears. Dr. Rood made up some paper remedies and gave her books to read and said she would give her a quiz (yikes) upon her return. As Featherly was leaving, another patient reassured me about Dr. Rood. Featherly cried all the way home but was a mother on a mission. Featherly started to investigate it all and learned a lot through the homework she was doing. Featherly home-schooled her son and within one year he was doing well, back on his feet, and he could return to school. Soon, the rest of the family went to Dr. Rood for homeopathic treatments. Featherly learned much but thirsted for more. Dr. Rood gave her a fabulous education in the right direction. She was kind but staunch and of the opinion that “this is how we do things: classical.”

Dr. Rood showed Featherly how to make remedies with powders to put into paper envelopes. She felt that if you gave bottles, people would take too much and they could get into problems. Little Leslie is now grown. He never received conventional treatments, and never needed to be hospitalized again.

After that success, Featherly pursued her studies formally and graduated from the British Institute for Homeopathy, eventually passing the Certified Classical Homeopathic exam. Certified Naturopath was next which really rounded out her education and qualified her to meld together with other modalities. This led to her teaching Homeopathy III and IV at the Naturopathic Institute of Therapies and Education. Dr. Featherly has taught study groups for the National Center for Homeopathy since 1988. She has used homeopathic medicine and studied with world-famous homeopaths for 41 years. She delivers a wealth of information, in a systematic way, to help practitioners use homeopathic methods to combat acute and chronic problems.

During the years at NITE, Dr. Featherly was also pursuing a nursing degree, and developed colon cancer. She learned of Cancer Treatment Centers of America that use complementary as well as conventional treatment. Instead of using blood transfusions they will first try homeopathic remedies: Phosphorus 200c, Lachesis 30c and Ferrum phos 30c. Dr. Featherly was hospitalized there, treated with both natural and some conventional medicines for three months and cured.

Currently, Dr. Featherly sees a variety of clients in Vestaburg, Michigan, which she says is “too big!”

In one case, a woman came in on crutches with one purple foot that was to be amputated the following week – she had just been diagnosed with Buerger’s disease. After listening to her symptoms and examining her diet, Dr. Featherly eliminated some bad foods and gave homeopathic Arsenicum 200c every night for three nights before bed and had her call in on the fourth day. The woman reported having the best sleep she had had in a long time. Her foot looked pinker and could take more pressure. Dr. Featherly told the woman to wait, not take another dose, and to call in three days. By then the client was much better and went to see her doctor the day before the scheduled amputation, which was cancelled. She still has both feet.

Another passion, alongside homeopathy, is the Blood Type Diet. Dr. Featherly has been trained and certified by Dr. Peter D’Adamo, and she encourages her clients to change their eating habits. “Blood Type A is different from Blood Type O,” she says. “They need different fuel, maintenance schedules, and parts.” She says that the Blood Type Diet really compliments homeopathy, that the remedies work better and last longer, with less repetition.

Jackie Featherly is hopeful about the future of homeopathy, as of late she has been writing a book with several others as part of the NCH for grass roots America to learn homeopathy. She did learn the classical approach. And she still remembers what her first teacher said: “This is how we do it: classical.”